Ordinance Regarding the Koshu Wine 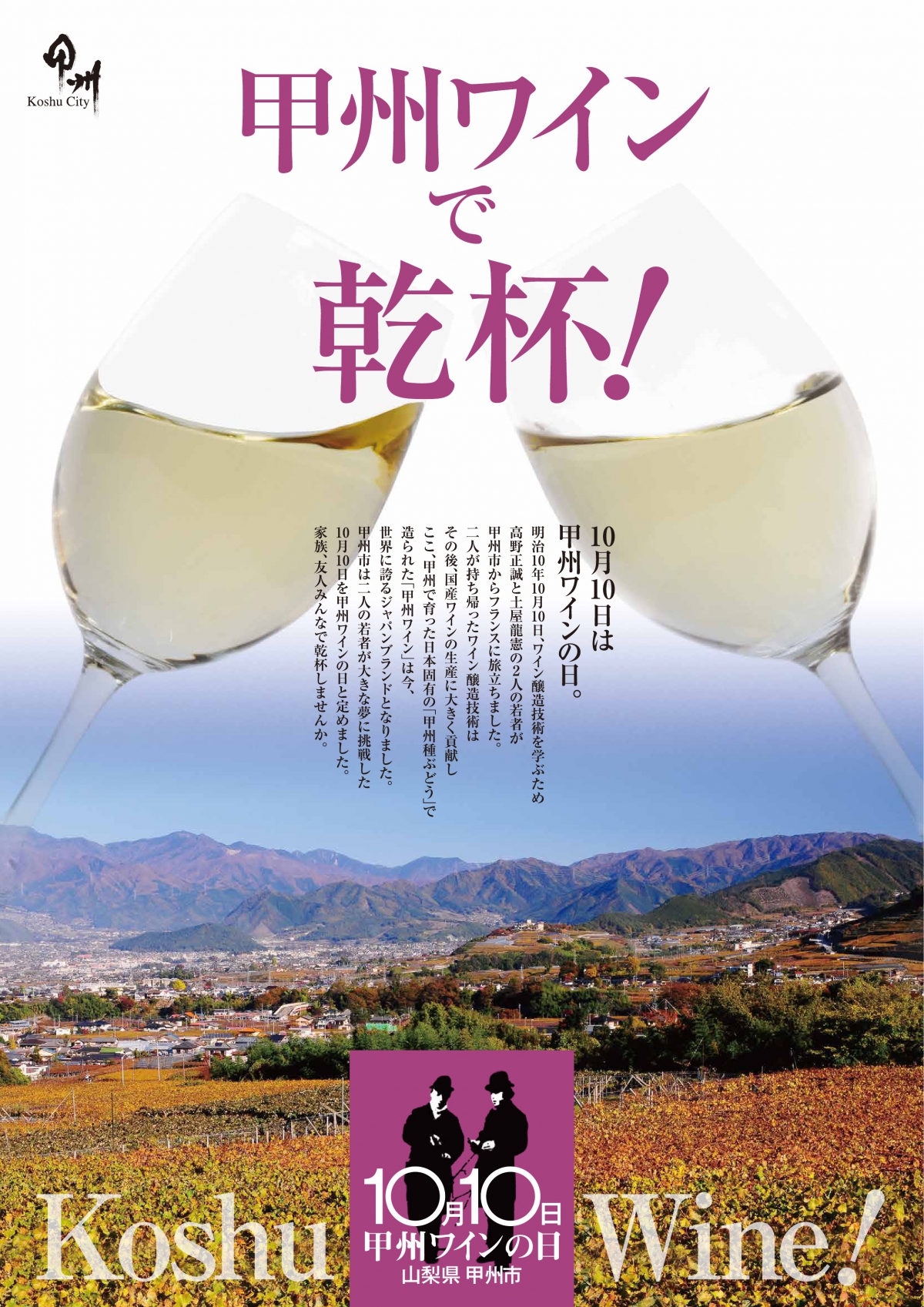 Ordinance Regarding the Promotion of Making a Toast Using Koshu Wine.

Koshu municipal government has been taking various steps to promote Koshu wine through a city-wide effort, such as the enactment of a city ordinance for promotion of the diffusion of Koshu wine, including toasting with Koshu wine (known as the "Ordinance for Making Toasts with Koshu Wine) in 2014.
Koshu is the birthplace of wine production in Japan, and its wine is said to have a history of more than 1,000 years. The promotion of making toasts with Koshu wine and related steps are aimed at spurring its diffusion, assisting understanding of local industries, and helping to deepen affection for Koshu among the city's residents.